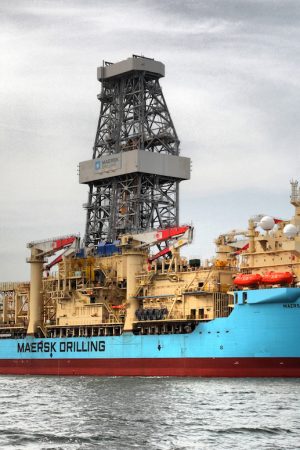 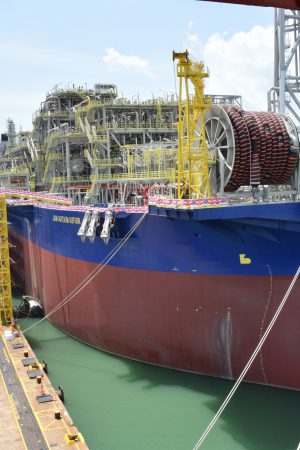 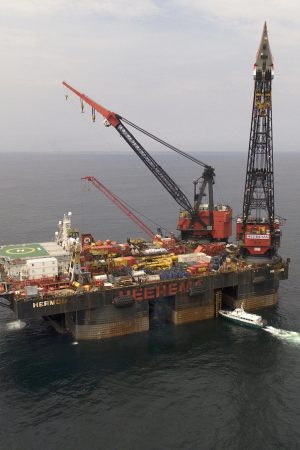 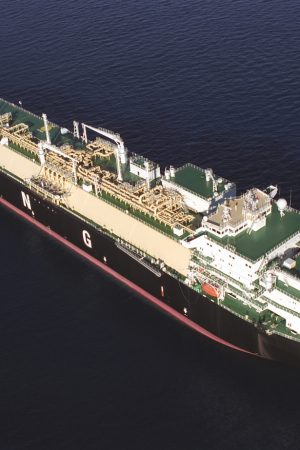 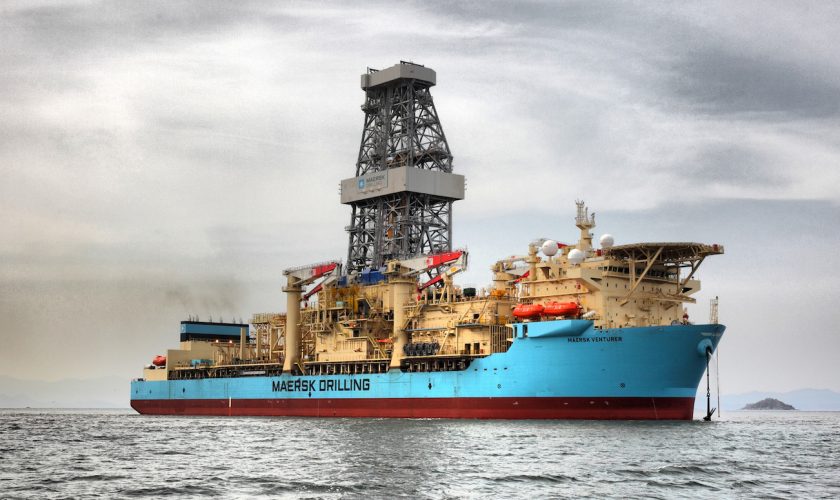 In December 2010, crude oil from the Jubilee field was exported for the first time. Since then, production has steadily increased and the Ghana offshore industry has become an important part of the overall economy. After the maritime boundary dispute between Ghana and Côte d’Ivoire was finally settled in 2017, more exploration and production is expected in the coming months and years.

Tullow Oil, operator of the Jubilee and the TEN fields, has announced that development drilling in both fields will start later this month. These operations have long been planned but were not permitted before the International Tribunal for the Law of the Sea (ITLOS) finally announced a decision about the maritime boundary with Côte d’Ivoire.

The contract for the deep-water drillship “Maersk Venturer” was signed in December 2017. The vessel is under contract for four years and will provide a small boost to the local economy in the region around Takoradi. ‘Local growth and local resource development are key elements in our business activities in Ghana. Maersk Drilling operates with over 50 percent local staff and a wide network of local suppliers,’ says Lars Østergaard, Chief Commercial Officer of Maersk Drilling.

Additional drilling by Tullow Oil, however, is not the only positive story for Ghana offshore oil and gas production. In January, ExxonMobil signed a deal with the Ghanaian government which will lead to exploration in the Deepwater Cape Three Point field which is expected to start later this year. Oil and gas output from the Offshore Cape Three Points block, operated by Eni, is also expected to increase throughout this year after production was started in May 2017.

More information about Tullow Oil’s operations in Ghana is available on the company website. Eni’s activities in the country are also explained in greater detail on the company’s website. 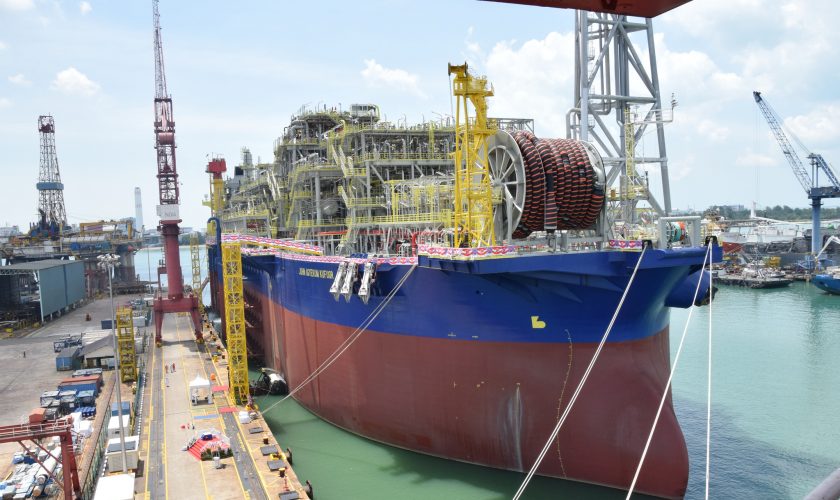 The new Floating Production Storage and Offloading (FPSO) vessel, John Agyekum Kufuor, has arrived in Ghana. It is currently being moored on top of wells at the Tano Basin Offshore Cape Three Points (OCTP).

The arrival of the FPSO is the final stage in the development of Ghana’s third oilfield. Italian oil major ENI is the lead operator of the field with a 44.44% interest. Other partners are Vitol (35.56%) and the Ghana National Petroleum Corporation (GNPC, 20%).

The FPSO John Agyekum Kufuor, built in Singapore by Keppel Shipyards, was named after a former Ghanaian president under whose tenure oil was discovered in commercial quantities in 2007. It has a storage capacity of 1.7 million barrels, a double hull to reduce environmental risks and a treatment capacity of 58,000 oil barrels per day.

Prior to the arrival of the FPSO in Ghanaian waters, the government regulator for the upstream petroleum industry engaged stakeholders in the six coastal fishing communities of the Western Region. The team pledged that all necessary safety rules would be applied as the vessel was moored for the final hook-ups for first oil in June 2017. 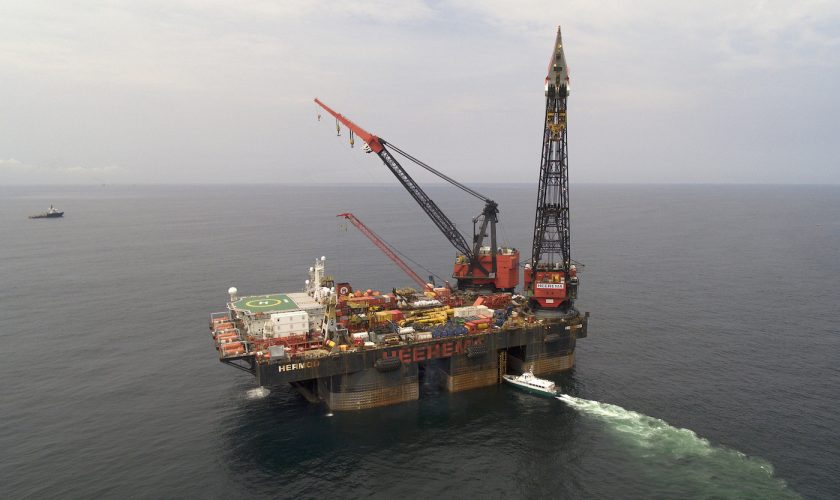 Total has started production from the Moho Nord deep offshore project. The field lies around 75 kilometers off Pointe-Noire in the Republic of Congo. It has a production capacity of 100,000 barrels of oil equivalent per day.

“Moho Nord is the biggest oil development to date in the Republic of Congo.  It is a showcase for Total’s deep offshore operational excellence. Furthermore, it consolidates our leading position in Africa,” stated Arnaud Breuillac, president for exploration & production at Total. “Moho Nord will contribute to the reinforcement of Total’s cash flow and to its production growth.”

The Moho Nord field is developed through 34 wells tied back to a new tension leg platform, the first for Total in Africa, and to Likouf, a new floating production unit. The oil is processed on Likouf and exported by pipeline to the Djeno onshore terminal. The terminal is also operated by Total.

No flaring at Moho Nord

All facilities have been designed to minimise the environmental footprint. There will be no routine flaring while the all-electric design improves energy efficiency by optimizing the amount of power needed to run the installations. All produced water will be reinjected into the reservoir.

Total is the operator of the project with a 53.5% interest. Its partners are Chevron Overseas (Congo) Limited (31.5%) and the national oil company Société Nationale des Pétroles du Congo (SNPC, 15%).

Total in the Republic of Congo

Total is the country’s leading oil producer. The company has been active in the Republic of Congo for almost 50 years and operates nearly half of the country’s production. In 2016, Total’s share of production averaged 89,000 barrels of oil equivalent per day. As in all host countries, Total supports long-term projects focused on education, public health, economic development and the environment in the Republic of Congo.

More information about Total’s community engagement and about the Moho Nord development is available on the company website. 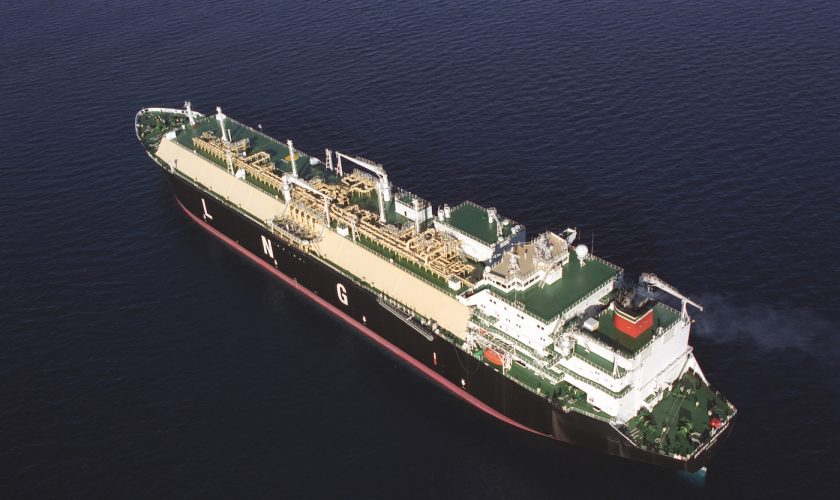 BP and the Area 4 concession partners, ENI East Africa (EEA), Galp Energia (Galp), Kogas and Empresa Nactional de Hidrocarbonetos (ENH), have entered into a sales and purchase agreement for BP to purchase 100% of the liquefied natural gas (LNG) produced by the EEA-operated Coral South floating LNG facility. Mozambique LNG is expected to be ready for first exports by 2020.

The agreement covers the purchase of Mozambique LNG for over 20 years. The agreement, which has been approved by the government of Mozambique, is conditional on the final investment decision being taken for the project, which is currently expected by the end of 2016. The Coral South Floating LNG facility is expected to have a capacity above 3.3 million tonnes per annum.

BP will use LNG from the contract to help meet its global supply commitments.

“BP is pleased to play a key role in enabling Mozambique to be an LNG exporting country. The agreement adds to the diversity of our natural gas portfolio beyond the end of the decade, further enhancing our ability to meet the needs of our customers.”

Commercial details of the agreement were not disclosed by the partners. However, the deal is regarded as a major boost to ENI’s plans for producing natural gas off Mozambique.

In 2015, ENI’s chief executive officer said that the company aims to begin Mozambique LNG exports by 2020. ENI’s gas discoveries alone could provide 30 years worth of fuel for Italy, underlining the size of the field. First exports are also expected to provide an important boost to Mozambique’s economic development.

More information about ENI’s activities related to Mozambique LNG is available on the company website. The South African Institute of International Affairs has published a study about the exploitation of natural gas discoveries offshore Mozambique and the relationship with the ‘blue economy’ development in the country.

Continue Reading
This site uses cookies. By continuing to browse the site you agree to the use of cookies. Read more.