According to a recent Reuters report, Gambia is currently negotiating deals with private companies to crack down on IUU fishing in the country’s territorial waters. No details are so far available about how advanced the negotiations are but it seems that Gambia’s new government is indeed exploring new ways to improve maritime security.

Only a few days before Reuters published its story about ongoing negotiations, marine conservation group Oceana published the finding of a recent investigation into illegal fishing practices in sub-Saharan Africa by vessels from the European Union.

Between April 2012 and August 2015, no less than 18 EU-flagged vessels were found fishing in Gambian waters in contravention of EU laws. More details can be found in the new Oceana report titled ‘Fishing the Boundaries of the Law’. Another report for the region had already been published by Greenpeace earlier this year.

Even though the countries coastline is narrow, Gambian waters are teeming with fish due to local conditions where fresh water from the Gambia River merges with the Atlantic Ocean. The fight against IUU fishing, however, ‘requires continuous monitoring and surveillance of our waters, and we don’t have the resources to do that,’ said Bamba Banja, permanent secretary at the Ministry of Fisheries and Water Resources, quoted in the Reuters article. Small-scale fishing is an important source of income for many communities in the country.

According to Banja, the Gambian government is currently negotiating with three companies to improve monitoring and surveillance of Gambia’s maritime domain. That would include the provision of patrol boats as well as aerial surveillance capacities. Operations could commence as early as January 2018.

Maritime security as a new priority for African governments 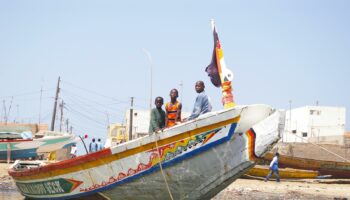 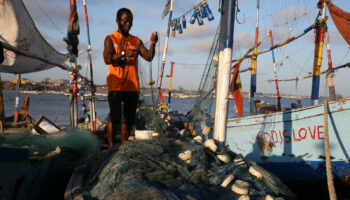