The new Stable Seas Gulf of Guinea report provides a comprehensive summary of issues related to the blue economy in West and Central Africa. It takes into account the findings from many interviews with experts from the region.

Key findings from the new report, published by One Earth Future’s Stable Seas programme, are listed on the website:

Some of these findings, however, should be read in context which is – unfortunately – missing from the report. Most importantly, the United Nations Office on Drugs and Crime (UNODC) has contributed significant resources to the Stable Seas Gulf of Guinea report, particularly during the research stage. While UNODC’s support is mentioned briefly in the acknowledgements section, no further details are provided.

Overall, the report nevertheless provides a very useful summary of different areas that are rarely mentioned in context elsewhere. It highlights the links between issues such as illegal fishing, illicit trades and pirate attacks. All of these issues are prevalent across West and Central Africa, yet many actors focus on just one of these issues alone. Annual reports about piracy and armed robbery at sea, issued by various organisations, are a prime example.

The Stable Seas Gulf of Guinea report is available for download here. 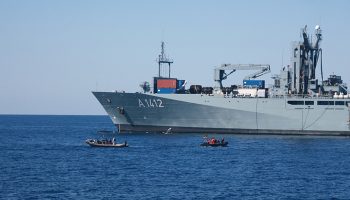