Reports about maritime security incidents around the world usually highlight the threat of piracy in West Africa, specifically in the Gulf of Guinea. Annual reports about piracy and robbery at sea generate a particularly high level of attention during the first couple of weeks in January. This year was no exception from this rule.

Three such reports have been published in recent days by the International Maritime Bureau (IMB), the French Navy’s MICA Center and the US Maritime Administration. Even a superficial comparison, however, highlights that it is not enough to simply look at statistics.

By and large, publicly available reports do not include relevant analysis about piracy in West Africa. More often than not, they do not even distinguish very well between different types of incidents. In short, petty thefts from ships at anchor are a nuisance, but rarely affect the crew and are often discovered after the perpetrators have already left. Violent attacks with the aim to kidnap crew members, however, are a traumatic experience, even if the actual attack is not successful. By and large, annual reports therefore often paint a picture that does not completely reflect reality.

There is no question that shipping companies have to address genuine security concerns. They have to protect their seafarers from different forms of piracy in West Africa. At the same time, an increasing number of incidents is reported as ‘piracy’, even though these are closely linked to other criminal activities.

Furthermore, there is not even a good definition for the ‘Gulf of Guinea’. It is often used as a synonym for the entire region between Senegal in the north to Angola in the south. However, such a definition – covering all of West and Central Africa – is not based on the geography of the region.

Figures about piracy in West Africa

On 14 January, the IMB Piracy Reporting Centre published its annual report for 2019. Once again, the IMB highlighted the Gulf of Guinea as a particular concern due to the number of kidnapped seafarers. Overall, however, the number of reported attacks decreased by 19 percent from 79 in 2018 to 64 in 2019. These figures are broken down in a bit more detail, yet it must be noted that all types of incidents – from failed thefts on anchored vessels to violent kidnap-for-ransom attacks – are included.

In comparison, the US Maritime Advisory 2020-002 notes that ‘129 reported incidents of piracy and armed robbery at sea occurred in the GoG region in 2019’. This figure represents an 11 percent decrease from 2018. Finally, the French Navy’s MICA Center recorded 111 incidents in 2019, an increase of more than 20 percent. In 2018, the centre recorded 90 incidents.

Categorisation of incidents is another issue. The number of hijacked ships, for example, highlights differences that are very hard to explain. The IMB reports that four vessels were hijacked off West Africa in 2018. In the US Maritime Advisory, six hijackings are mentioned. The MICA Center even reports 26 hijacked vessels in the region in 2019.

Even a short look at these figures highlights the need for good analysis. There is no ‘right’ and ‘wrong’ in these statistics, but the situation becomes complicated when trends are wildly different and the classification of incidents is not comparable at all.

Moreover, improving cooperation within the region has led to more visibility for maritime security issues. In practice, many incidents that would not have been reported several years ago are now included in publicly available statistics, even though these may be linked to other criminal activities at sea.

Some additional thoughts on this topic can also be found in my most recent article for The Conversation. Moreover, feel free to get in touch directly for any further questions or comments about the subject.

Fighting piracy in the Gulf of Guinea needs a radical rethink 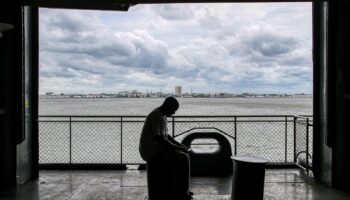